Vivo has a recent offer for those who are looking for a budget-friendly smartphone. You could add Vivo Y72 5G to your buying list right now if you are aiming for a powerful gadget. It comes in part with the newly-released batch of cheap electronic devices such as Oppo A94, Xiaomi Poco F3, OnePlus Nord CE 5G, Nokia X20.

The closest resemblance for the price of Vivo’s flagship phone is the Nord CE 5G which could count as a replica of it –even in the sets of specs that they have.

The Y72 model now comes with a 5G support and a large battery for its size. However, there is a downside to its huge energy capacity. What could it be? 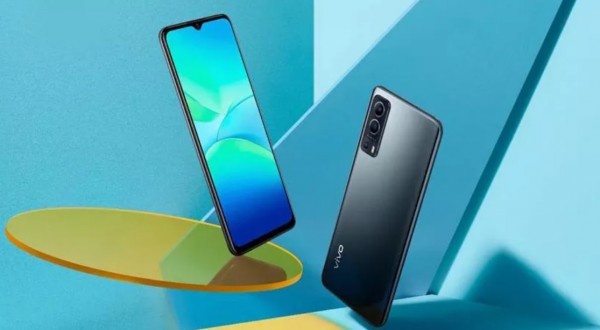 For the ongoing Amazon Prime Day Deals, you could get this Vivo phone and other mobile accessories for an affordable price. While the Vivo Y70 failed to deliver the expected specs last year, this new mobile gadget might be your saving grace for the disappointment that you have experienced.

For its specifications, the Vivo Y72 5G features a 60Hz refresh rate in a 6.58-inch LCD. Moreover, it also offers an HD resolution of 1080 x 2400. It also has a front camera contained inside a teardrop notch that is already an outdated addition to the current trend of punch-hole-cut-outs.

For selfie lovers who love to capture the best shots, you could fully enjoy a 16-megapixel camera made for selfie photography. The Y72 also composes three cameras at the back which includes a 2-megapixel macro snapper, an 8-megapixel wide-angle camera, and the main cam which has 64 megapixels, Techradar reported on Thursday, June 17.

Moreover, what’s amazing with this Vivo phone is the side-mounted fingerprint scanner. You could also enjoy different apps immersed in the Android 11 environment. On top of that, it also has a 3.5-mm headphone jack and Vivo’s own Funtouch interface.

For its processors, it is packed with a chip similar to the Redmi K40 gaming phone. The MediaTek Dimensity 700, even though a mid-range type is already perfect for the average phone of its kind. When it comes to storage, it has 128GB of space and 8GB of RAM.

According to Texas News Today, the battery of the Vivo Y72 5G is bigger compared to Vivo’s previous smartphones. Although the size appears to be unbelievable for the users, the downside that they could experience is the slow charging rate of it at only 18W.

In the meantime, it has been recently launched in the United Kingdom. You could get it at a low price of £299 ($418).

In another report, Honor announced that its Honor 50 and Honor 50 Pro phones would be coming next week. As a previous subsidiary of Huawei, the company could not enjoy launching its products in the United States since Huawei was banned in the US at that time.

This article is owned by Tech Times

ⓒ 2021 TECHTIMES.com All rights reserved. Do not reproduce without permission.