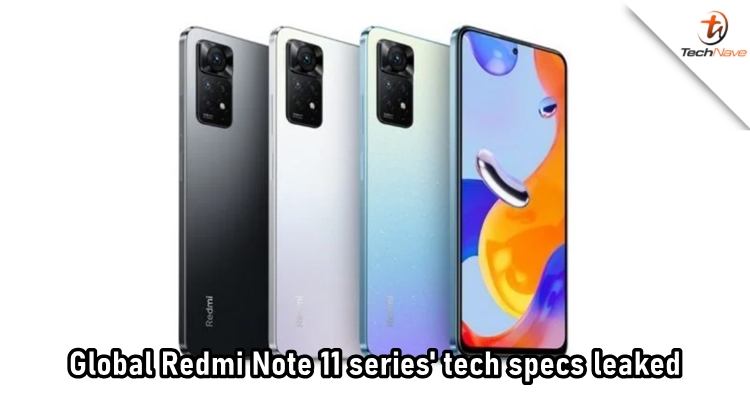 The global version of the Redmi Note 11 series is making its debut on 26 January. However, it looks like we don’t have to wait until that day to find out what the devices will bring, as most of their tech specs got leaked on various platforms in one shot.

Starting with the vanilla Redmi Note 11, it will get fueled by a Qualcomm Snapdragon 680 SoC. It is bringing along a 90Hz FHD+ AMOLED display, dual stereo speakers, and a 50MP quad-camera setup consisting of an ultra-wide unit and a macro shooter. Under the hood, it will pack a 5,000mAh battery with support for 33W fast charging. These specs might sound familiar to you, as they’re from the Redmi Note 11 4G launched in China, but the device is listed as Redmi Note 11 on Shopee Philippines.

On the other hand, the Redmi Note 11 Pro will feature a Snapdragon 690 SoC for performance. There’s also a 6.6-inch FHD+ AMOLED display with a 120Hz refresh rate, a triple rear camera setup (108MP primary sensor + 8MP secondary sensor + 2MP tertiary sensor), and a 5,000mAh battery that supports 67W fast charging. The tech specs are revealed by tipster Yogesh Brar instead of Shopee.

It looks like Xiaomi has swapped out the MediaTek Dimensity chips with Qualcomm’s offerings for the global version. We’ll find out if it’s true in just a few days. Stay tuned to TechNave.com for more smartphone rumours.