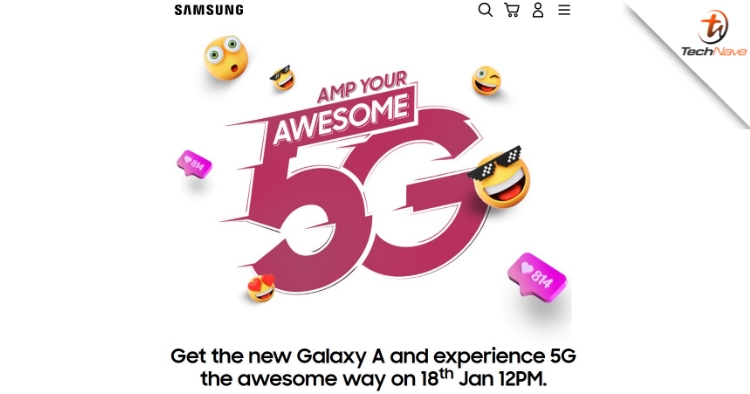 Samsung recently announced that it will be launching a new Galaxy A-series smartphone on 18 January 2023 at 12pm local time in India. Teasing a few of the device’s spec details on a microsite where you can also register interest and be notified when the launch happens, it is believed that the device is likely to be the Samsung Galaxy A54 .

The official microsite that can be viewed here didn’t mention the exact device that would be launched but the specs revealed pretty much suggest that it would be the popular Galaxy A54. Among the specs are a 6. 6-inch full HD 120Hz display, a battery that could last up to 2 days, a triple-camera setup with OIS, a CPU with 5G support and 8GB of RAM. Besides that, the microsite also confirmed that the device would come in three colour options, namely Awesome Black, Awesome Burgundy and Awesome Green. These colour options are exactly the same as what was allegedly leaked regarding the Galaxy A54 in late December last year.

Of course , do take this information with a grain of salt as nothing ins confirmed as of yet. Well, we just need to wait a few days to know exactly what device Samsung would be launching in India this 18 January.

So , what do you guys think of this upcoming Galaxy A-series smartphone? Share your thoughts with us in the comments below and stay tuned to TechNave for more trending tech news such as this.