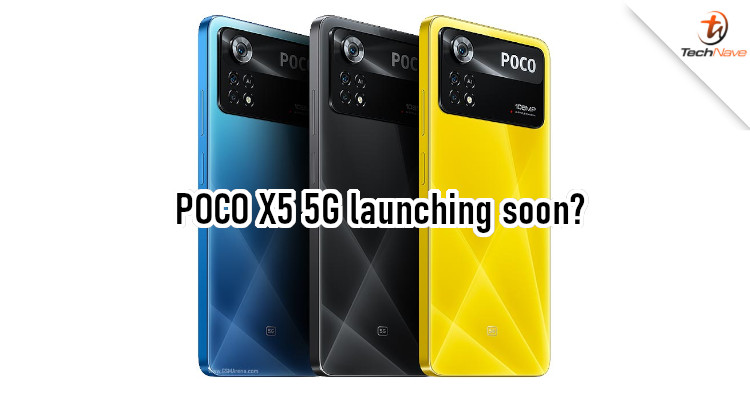 If you’re looking for a good and affordable mid-range smartphone, POCO is one of the best brands to go for. But you might want to hold off for now, as the company could launch its latest model soon. Specifically, the POCO X5 5G could be launched soon .

According to MySmartPrice , the PEQUENO X5 5G has been certified by the BIS and FCC websites. For your info, these are the equivalent of SIRIM in India and the United States. In other words, the device is ready for launch in both countries, followed by a global release. POCO is relatively popular in Malaysia thanks to affordable prices, so let’s hope we would see it launched here soon. Details of the phone have appeared on FCC

In terms of specs, the POCO X5 5G is expected to feature a Snapdragon 778G+ chipset, making it a significant upgrade over last year’s model. It should also have an IPS screen with a 120Hz refresh rate and a 5000mAh battery. Not much was revealed, but we expect it to have at least 6GB of RAM. It should also retail the 108MP main camera and 16MP front digital camera.

Mind you, the standard POCO X4 5G never made its way here. Instead, we got the particular POCO X4 Pro 5G back in February . While it had the same chipset, the model featured a much better AMOLED display. We’re not sure which model we’ll get this time, but we’re going keep an eye out for you all. Until then, stay tuned to TechNave for future updates.